Across The Blue by Carrie Turansky is a fabulous Christian historical romance. Set in 1909 on the south coast of England, it is the dawn of a new era, the beginning of modern Britain.

The novel’s focus is the new interest in aviation – who will be the first to cross the English Channel? It is also about fame and a newspaper dynasty.

Women are coming to the forefront. No longer content to merely be homemakers, they want careers too. The leading lady is a very modern woman believing in love, not wealth and titles as a basis for marriage.

The old order is still reigning. Daughters still have a ‘coming out’ season, paraded to the highest bidder.

There is the theme of fathers. Earthly fathers may leave us. but our heavenly Father never will. “His father had abandoned him but… God had promised to… fill that role.” Father figures step in to fill the gap left by blood fathers.

A search to belong and for one’s roots is another focus. We all want to know our heritage.

Our parents sins should not be passed down to us. Each one of us should stand or fall by our own merit. “A man should not be judged by the choices his parents made, but by the way he lives his life.”

Forgiveness is another theme. We need to forgive because we have been forgiven.

The characters are likable and well drawn. There are some very big hearts who put others first instead of pursuing their own self interests.

Across The Blue is a wonderful tale that will transport the reader to a bygone era. An era where chivalry is not dead but in contrast, the modern woman is emerging.

Across The Blue blog tour on Celebrate Lit 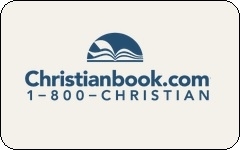 3 thoughts on “Across The Blue by Carrie Turansky”